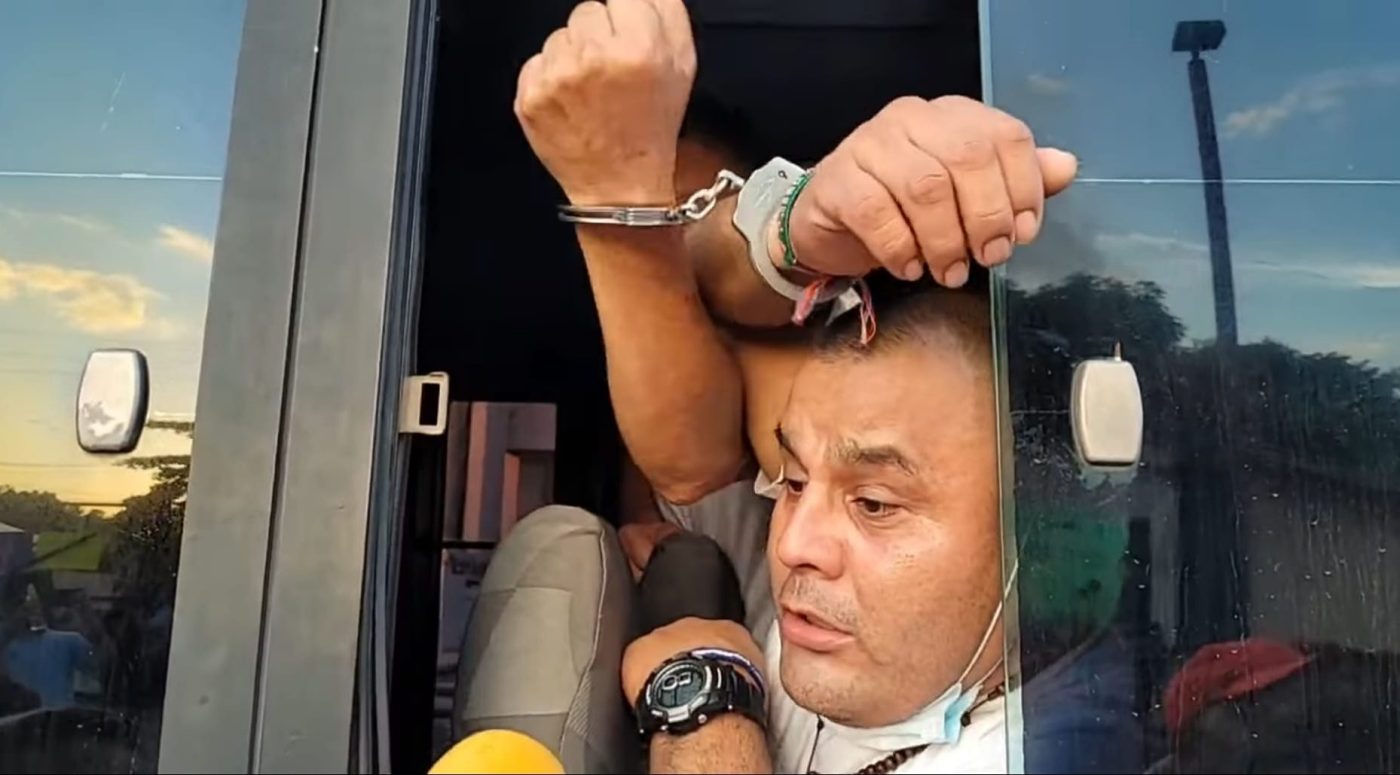 A Planeta is happy that 8 of the people who made up the long list of prisoners  for the Planet have been declared innocent and will therefore be released. They are the Guapinol 8 from Honduras. The Supreme Court of Honduras decided this past 11th of February to dismiss the case of the 8 Guapinol, defenders of the Guapinol River and its ecosystem and community, releasing them. They have been illegally detained for more than 900 days. Among many other organisations that have welcomed the decision are the UN itself and Amnesty International.

The mining operation began without prior consultation with the communities, which is obligatory under Honduran law. The community, immersed in the mobilisation, tried the last option, to camp on the land tendered to the company and prevent the entry of its machinery. The encampment lasted 89 days and after several attempts to evict them, it was finally broken up.  The imprisonment of the Guapinol 8 is part of the great repression that followed. 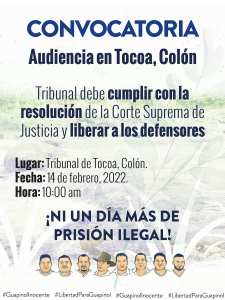 The defendants were supported outside the court by the Viva Berta Feminist Camp, the same camp that in July last year followed the trial against one of the masterminds of the murder of activist Berta Cáceres, David Castillo, and succeeded in getting him convicted. Now that case have yet to continue to escalate the authorship until they reach the Atala Zablah family. Undoubtedly, both the change of government and this popular pressure have had an influence on this outcome of the Guapinol 8.

Honduras is a country that has been at the mercy of the right wing, which got rid of the legitimate government in 2009, and since then has imposed projects that have had a huge impact on the environment and communities, and trampled on the most basic human rights. This January, Xiomara Castro was sworn in as the new president of Honduras, ending 22 years of anti-democratic rule.

Below is the article published in Gara on Honduran human rights defender Dalila Argueta and Pedro Ibarra. Dalila Argueta is from Guapinol. Due to the escalation of violence and death threats against her, she was forced to leave her country. Dalila currently lives in Euskal Herria (Basque Country), specifically in the Basoa project, a solidarity space in Arratia. We hope that, as with the Guapinol 8, her situation will also be resolved and that she will soon be able to re-establish her life, and also for Inversiones los Pinares to stop its mining project and restore peace there.

by Dalila Argueta and Pedro Ibarra

Guapinol is a community in the Department of Colón in the Northern Zone of Honduras that is facing a huge threat from the iron mining company Inversiones los Pinares. Since 2018 the communities have been organising and demonstrating to defend their water sources in peaceful demonstrations in the face of violence and threats from hired killers paid by the company.

Between 2018 and 2021, the Guapinol and San Pedro communities have been demanding the release of eight comrades, defenders of the struggle against these companies. The judiciary, by order of the State of Honduras, issued arrest warrants against the inhabitants of these two communities, thirteen of whom in 2018 presented themselves voluntarily to submit to the investigation of the false crimes that caused them. After eleven days of hearings, they were able to defend themselves in freedom. Another eight colleagues also came forward in September 2019 and submitted themselves to the same process. They are deprived of their freedom. Honduran movements and international institutions demand their release. Useless demands. They have been in prison for more than two years without a single piece of evidence or testimony to justify such a measure. It is simply a case of an abduction ultimately decided and imposed by the Honduran government, by the state of Juan Orlando Hernández, now fortunately replaced by a left-wing leader. They are now on trial and will probably be sentenced.

And of course the company is still going on. It is located next to the Guapinol river and a hundred metres from the communities: the iron oxide plant is the largest in Mesoamerica. These days you can hear the impact of dynamite high up in the mountains. In other words, damage to the structure of homes, not to mention contamination, dispossession, death, intimidation, and family disintegration.

We now reproduce the text of an activist from Guapinol: «The fire of love brings hope and change, this love made fire must burn all the structures of organised crime that have hijacked the Honduran state. For now we remain alert, preparing the next step in the route we have taken, calling on all sectors, movements and organisations to unite the dreams and the struggle. We are those at the bottom, the excluded and mistreated, we are the truth in the face of the farce of big capital. New arrest warrants may come, as many as they want, without pride and without arrogance, with the dignity and honour of those who have found the reason to live without ties, they will clash against the dignity and passion for life in our territory, in our habitat. There will be justice, all those responsible for this criminality in a protected area, a national park, rivers and waters, the environment and justice, will have to answer, all of them».

A story of judicial repression that exemplifies how the judiciary is at the service of political power which, in turn, acts at the service of economic power. A story that exemplifies what is happening in Honduras. It describes the dramatic situation in which the Honduran people live. A society in which repression is harsh and arbitrary, without any rules to justify it. Brutal repression including, of course, assassinations, which is the norm, the established norm. Repression and death, especially on those who mobilise and fight against the political system. Especially, but not only, peasant communities, who, as in the case of this trial/farce, fight against the establishment of economic projects that destroy their way of life and living conditions. Economic projects that not only impose their strategies on political power, but whose companies are penetrated by the political leaders themselves.

The dramatic Honduran model is the dominant model in Central America and in many other Latin American countries. Authoritarian political regimes with no control over repression. Extreme social inequalities. Growing sectors of the population in impossible living conditions. And added to this scenario… another authoritarian power. That of the multinationals that impose, with the help of political power, economic projects that destroy communities and the environment.

A few months ago Josep Borrell, the European Union’s foreign policy chief, denounced the abandonment by the EU. He said that it was not present, it was not acting in Latin America. This is true, although perhaps he should have added that some powerful European institutions – we are referring to large European companies – are in Latin America, aggravating the misery and injustice in many towns and communities.

The story of this dramatic situation is told by Dalila. Dalila, who is with us now, is a Honduran human rights defender who has had to leave her country because of the ongoing repression. Dalila participates and lives in Basoa, a solidarity space in Arratia. She tells us what is happening in her country. And she asks us all to do whatever we can to put an end to the drama in her country.